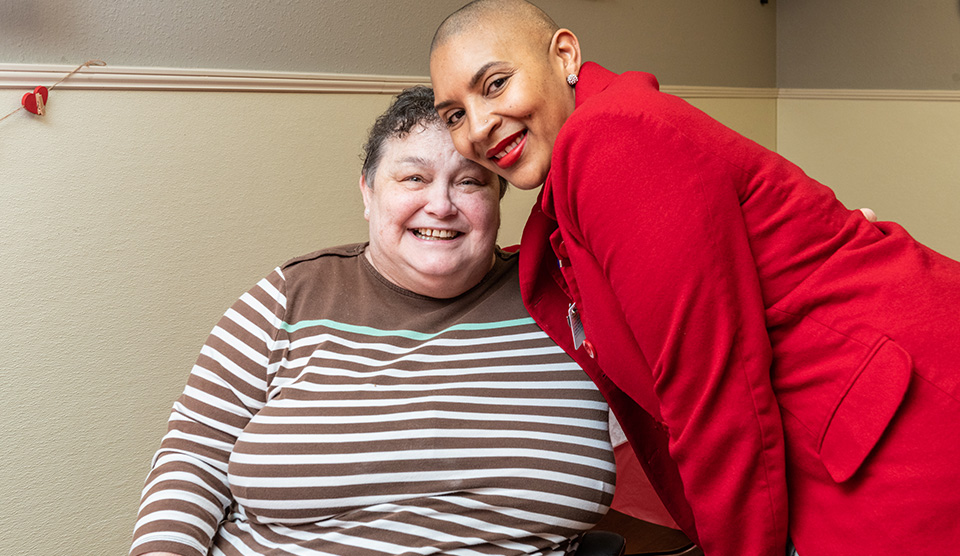 Details of Experience:
Mr. Floyd, a native Nashvillian, was working for a company called Block by Block, which works to clean, as the name says, downtown Nashville. Over time, Mr. Floyd developed some infections that began with his toe and worked its way to his kidneys, which led to persistent hiccups and gasping for air. When Mr. Floyd realized something serious was going on, he was admitted into St. Thomas Midtown for treatment. Unfortunately, Mr. Floyd was required to get his toe amputated. That was when he searched for a rehabilitation center to return to his normal activities of daily living. Mr. Floyd found Green Hills Center for Rehabilitation and Healing. When he was ready to be discharged from the hospital, he decided to transfer to Green Hills.

Upon arrival at Green Hills Center, Mr. Floyd was blown away by how nice it was. “When I entered Green Hills Center for Rehabilitation and Healing,” Floyd said, “I thought it was a hotel. Everything was just so nice and clean.” He was greeted by the staff and shown to his room, which he thought was very comfortable and neat. He settled in just fine, meeting the staff as they came in to introduce themselves. Before he knew it, it was dinner time! Mr. Floyd was given a hotdog, coleslaw, and baked beans which he enjoys. “My first meal here was delicious!”

Mr. Floyd came to Green Hills for therapy, and therapy was what he got. “The therapy is almost constant,” Mr. Floyd said. “Right now, I need to concentrate on walking for long periods.” He has made great progress so far and loves to work hard with the therapists that he loves. He would like to recognize two therapists, Chantel and Kris, for how hard they make therapy but in a fun and productive way. “They really make a difference.” It’s not only the therapists that have made Mr. Floyd’s stay so nice, but also the nursing staff. He really enjoys Michelle, one of the nursing technicians on the floor, and loves to chat with her when she comes by. “She makes you feel at home,” he said.

Though Mr. Floyd has made significant progress in his therapy since being here. He still has a way to go. There is no discharge date set yet, but it won’t be long until he is home and does the things he loves because of his hard work and determination. He cannot wait to go out and travel again once he is home.

We cannot wait to see how Mr. Floyd does when he goes home and wish him all the best on his future travels!